Big video update today: collaboratively livecode 3d scenes in three.js, and then process them with shaders written in ISF. 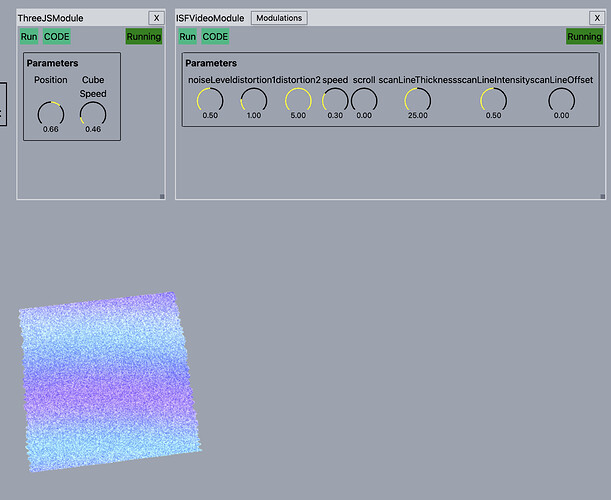 To get started, start a new session. If you want to collaboratively live-code with someone else, you will have to sign up so that your session is a live server session and not just in your own browser.

We will add video WAMs to Track 1. First double click in the first scene to create a clip in track 1, then be sure to start playing it by pressing the clip’s “play” button. 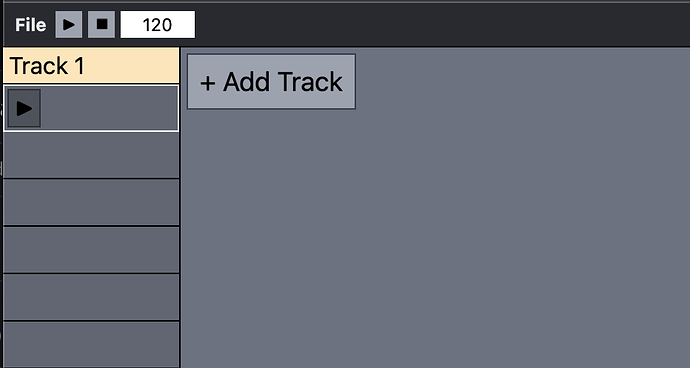 Then click once on the clip to go to the track page. 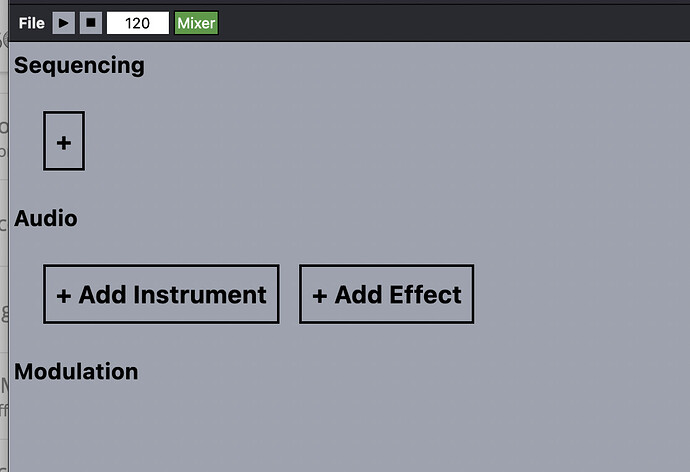 The three video devices are currently under “Add Effect”. They are:

So for example, add a ThreeJS Scene and an ISF video scene, and you should see the distorted cube at the bottom of the track page.

If you are using a server session and want to add other people, first adjust the settings under the ‘Share’ menu: 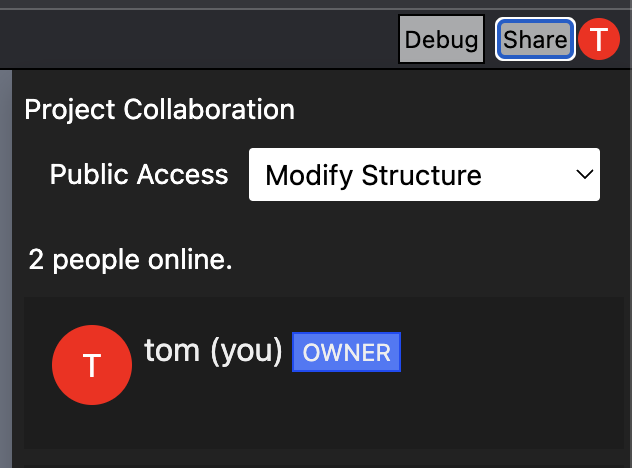 STATE permission lets your friends turn knobs and edit the code, but they will not be able to add or remove any plugins from the session.

Then copy and send them the URL to the session. They should be able to join, even without an account.

Load Presets
In the near future there will be a selection of cool video patches available as presets. Just right click on the plugin’s header and select “load preset”.

The ISF plugin supports any shader in the ISF format. There are hundreds of free ones available from here: https://editor.isf.video

Editing The Scene
If you aren’t a programmer, skip this part

Press the ‘CODE’ button on the ThreeJS scene, you should see a text editor and some javascript that defines the current video scene. There’s currently three methods:

If you run into trouble or encounter bugs, please reply here. Thanks!